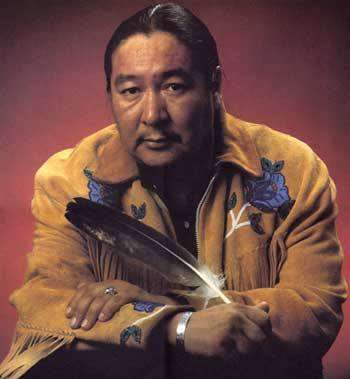 “Elijah Harper – loved the man, I miss his stories, friendship, humour, mentorship and mostly his great wisdom which is only surpassed by his humility. You simply wanted to be a better person by just being around him. It is an honour to donate my time and training to assist the next person in need. I would like to thank the community and leadership of Red Sucker First Nation for their support of MSAR and the Elijah Harper Service Dog Award”  – George Leonard

MSAR proudly announces the Elijah Harper Service Dog Award. In memory of one of the builders, mentors and leaders of MSAR – a deserving member of the public will receive a FREE service dog and FREE on-going support and training.

The Service Dog can be trained for:
PTSD, Seizure Detection, Seizure Response, Mobility Assistance, Hearing Assistance, Guide Dog, Autism, Cerebral Palsy, Multiple Sclerosis, Diabetes Alert, High Blood Pressure Alert, Down Syndrome, or a rare disease that does not have a category yet.

To qualify, anyone in the general public that:
-has a disability and needs a service dog
-a child or adult
-lives in Canada
-meets our ownership guidelines and agreements

The Service Dog will be trained by world renowned and award winning Certified Master Dog Trainer George Leonard to honour his former mentor and leader of MSAR.

Please forward a short email about the person applying and the need of the service dog to info@msar.ca.

Elijah Harper – Biography
Elijah Harper, Oji-Cree politician, consultant, policy analyst (born 3 March 1949 at Red Sucker Lake, MB; died 17 May 2013 in Ottawa, ON). Harper is best known for the role he played in scuttling the Meech Lake Accord, for which he was named the Canadian Press newsmaker of the year for 1990. The first Aboriginal member of the Legislative Assembly of Manitoba, Harper also served as the Minister for Northern Affairs. From 1993 to 1997 he represented the riding of Churchill in the federal parliament.

Early Life
Harper was born on the Red Sucker Lake reserve, an Oji-Cree community about 700 kilometres north of Winnipeg. Like many Aboriginal children of his generation, he was removed from his family at a young age and educated at residential schools. Harper attended the University of Manitoba in the early 1970s, where he became friends with Ovide Mercredi and Phil Fontaine, both of whom would later become National Chiefs of the Assembly of First Nations. Harper left the university and became a community development worker and researcher for the Manitoba Indian Brotherhood. Harper later served as a program analyst for the Department of Northern Affairs until his election as chief of the Red Sucker Lake Indian Band (now Red Sucker Lake First Nation) in 1978.

Provincial Politics
Harper entered provincial politics in 1981 when he ran for election as MLA for the New Democratic Party (NDP) in the riding of Rupertsland; when he won, he became the first Aboriginal person to take a seat in the Manitoba legislature. Harper joined the Cabinet in 1986 becoming the minister of Northern Affairs for Manitoba.

Opposing the Meech Lake Accord
In 1990 Harper rose to national prominence for his opposition to the Meech Lake Accord. Harper initiated procedural delays in the Manitoba legislature that threatened to extend the vote beyond 23 June 1990, the deadline established for the accord. The Manitoba premier, Gary Filmon, needed all MLAs to approve the procedure for ratifying the accord. Eight separate times Harper refused to give his consent, on the grounds that First Nations had not been consulted or recognized in the constitutional discussions around the Meech Lake Accord. When the Legislative Assembly of Manitoba adjourned on 22 June, it had not voted on the accord. Clyde Wells, in response to Harper’s initiative, refused to take a vote in Newfoundland, arguing that the situation in Manitoba made it irrelevant. As a result, the deadline passed and the accord collapsed (see Constitutional History). Harper made news stories across the country, and the Canadian Press voted him Newsmaker of the Year for 1990.

Federal Politics
Harper entered federal politics in 1993 when he was elected as the Liberal candidate for the riding of Churchill; he served as MP for that riding until 1997. In 1999 he was appointed a commissioner of the Indian Claims Commission. He continued to support initiatives to improve the lives of First Nations peoples and was involved in humanitarian and charitable causes home and abroad.

Death and Public Response
Harper died in Ottawa on 17 May 2013 from cardiac failure caused by complications from diabetes. His body lay in state at the Manitoba legislature, and hundreds lined up to pay their respects to the man who said, “No.”