Molly is a 2 year old Golden Retriever, with a mind as sharp as her looks. She may look like your average squishy face but she is an every day hero. Molly protects her human, Sam, not only from her own mind but from a seizure disorder that was wreaking havoc on her life. Before Sam met Molly it was a struggle just to get out of the house, between the PTSD causing her to mentally shut down and the seizure disorder that caused her to collapse without notice, it was terrifying to walk out the front door. Her family struggled to find answers for her and began to wonder if she would ever be able to lead a normal life when they stumbled upon MSAR Service Dogs. The thought of it almost seemed too good to be true, but in a last ditch effort to regain her life Sam and her family decided to take a leap of faith. The first meeting with George at the MSAR office was not only encouraging but revived the hope that had been lost in the past. There was a promise of a dog that could not only comfort Sam and help her during her panic attacks but also respond when she has a seizure (retrieving medications or another family member to help). After about a week the family returned with a doctor’s note and all the required forms and began the MSAR journey. It didn’t take long to find the right dog for Sam, it was love at first sight with the very first dog she came in contact with. Molly was a little Golden squish when she first met Sam and from the day one it was history. They began training together and going places that Sam hadn’t set foot in in years. Molly led the way and Sam followed, and not long after they started training her family began to see the sparkle back in her eyes. Sam was actually wanting to go to the mall and to the stores and everywhere else that she hadn’t dared go to. Before long Molly was also not only responding to Sam’s seizures but she was doing something that was never expected, she was detecting them. It started off as a long stare and weird behaviour and before long it was molded into an alert you can’t miss. Pretty soon, Sam was having little to no seizures because she was able to get the emergency meds into her system before her seizures even had a chance to strike. Flash forward to the present and you’ll see Sam living in a world that is much brighter. She talks to anyone that will have a conversation with her and answers any questions they may have about Molly, a task that she couldn’t do before. She can go places by herself without having to have the assistance of a family member. She can be herself again and it’s all thanks to her superhero, Molly.

“Molly is changing my world. I have gone from barely leaving the house in 2 years to being able to walk in a mall with minimal panic attacks. I held a fundraiser had over 160 people and I was able to walk around and even TALK to people. I’ve been to malls that are packed with people and restaurants that you can’t even find a seat and it doesn’t phase me. You don’t know how huge it is for me to be able to hold a conversation, never mind being able to stay in a crowded environment without completely shutting down. I have my freedom back without the fear of having a seizure out of the blue or a debilitating panic attack. Thank you Molly and MSAR – Service Dogs for saving my life.” – Sam 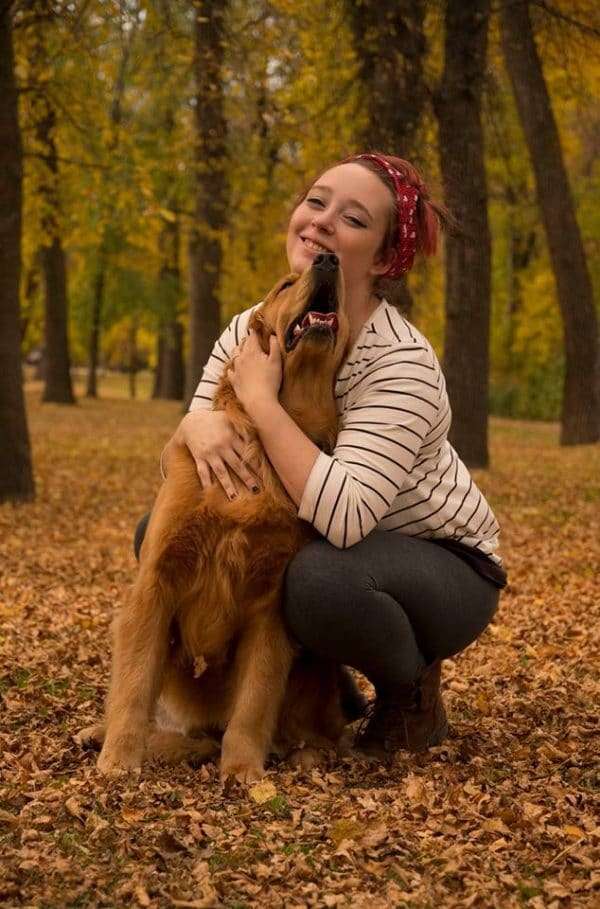