The Dog That Started The Entire Movement For PTSD Service Dogs

The dog that started the entire movement for PTSD Service Dogs and helping veterans / first responders  in Canada. MSAR Service K9 Stinky was inducted into the Purina Animal Hall of Fame in 2011.

The dog that started the entire movement for PTSD Service Dogs and helping veterans in Canada. MSAR Service K9 Stinky was inducted into the Purina Animal Hall of Fame in 2011.

Also many people do not know that the Winnipeg Foundation was the key factor in making this happen their financial support for MSAR to develop these types of service dogs have saved so many lives. MSAR was and is at the forefront of PTSD Service Dogs for Veterans, First Responders and General Public. 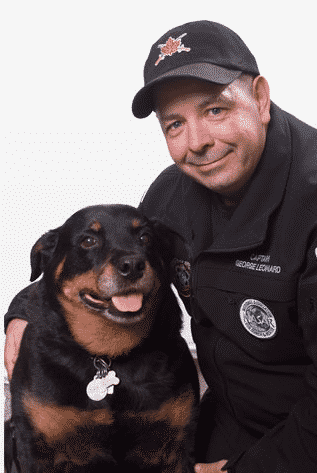 Stinky is a ten-year-old Rottweiler, with extraordinary compassion and an unusual name. When she was adopted as a puppy by George Leonard, Search Commander with the elite search and rescue division of MSAR, Stinky’s name was actually Nikki. Stinky’s name was chosen after an unfortunate encounter with two skunks. Since then, Nikki became affectionately known only as Stinky. In turn, Stinky’s name is now often used as an ice-breaker for the many soldiers she helps through the MSAR's Elite Psychiatric Service Dog Program. Inspired by a special therapy dog (Maxx Power), the program was created by George Leonard.

One of the major components of this program is providing constant emotional therapy via psychiatric dogs to Canadian soldiers suffering from Post-Traumatic Stress Disorder (PTSD). Soldiers suffering from this debilitating anxiety disorder feel isolated, angry, have trouble falling and staying asleep, and have difficulty coping with the trauma they endured during combat. Many even fall into despair, giving up on life and losing their will to go on. Elite psychiatric service dogs, like Stinky, help soldiers cope with this dangerous condition through companionship and unwavering affection. They are specifically chosen for their sociability and intelligence, to provide continuous emotional support for the soldiers, especially in their most desperate times.

Stinky, the lead dog in this unique program, not only helps train newer service dogs, but also belongs to the ‘Loaner Dog’ support service. When soldiers require the immediate assistance of an Elite psychiatric service dog but one is not yet available, MSAR will loan the soldier a fully trained and experienced service dog.

In this senior role, Stinky has provided unconditional love and encouragement to many soldiers diagnosed with severe cases of PTSD and depression. A number of these soldiers have come forward, sharing the life-changing experiences that they had with Stinky, highlighting her ability to give them hope, even through their darkest hours.

Stinky is a true hero – her unconditional compassion, loyalty and devotion has rescued many Canadian soldiers from despair and helped give them their lives back. According to these soldiers, Stinky helped save their lives in the most important way: by helping them realize that life is worth living once again.